About Finasteride (a generic version of Propecia)

Compared to the original drug, which cost a huge amount of development cost, the generic drug, is attractive because it is more affordable because the manufacturing cost can be suppressed. It was a year. For those who have already taken Propecia for a long time or who want to take Propecia but are confused about the price, the good news is that the price of AGA treatment has dropped due to the advent of generic drugs.

Please be careful about unapproved domestically-approved imported medicines in Japanese nameless sheets and bottles at bargain clinics, and personally imported medicines that you feel are cheap. Even if unapproved drugs in Japan have serious side effects, the drug side effect relief system is not applied. Shinjuku West Clinic prescribes AGA generics in unopened boxes from domestic manufacturers. The drug sheets and bottles in the box are genuine domestic products with Japanese description. Domestic unapproved here does not mean fake, but whether it is approved by the Ministry of Health, Labor and Welfare. 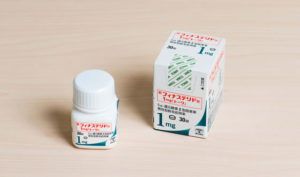 Towa Pharmaceutical’s Finasteride Tablets 1mg “Towa” was released in September 2016. Finasteride Tablets 1mg “Towa” has the
same ingredients as Propecia 1mg, and the tablets are printed with finasteride and Towa. Finasteride is already available from several companies, but after Pfizer, we carefully selected Finasteride from Towa Pharmaceutical. You can also prescribe for 1 to 2 years at a time. There are 28 tablet sheets and 30 tablet bottles, and the prescription fee has dropped at once. Compared to over-the-counter reups, it has become easier for first-time users to start AGA treatment at a fairly reasonable price. The number of people who have been using Propecia for many years is increasing to switch to finasteride “Towa”. I used to use Propecia, but I recommend it to those who stopped halfway because it is expensive. Bottles are 2.4 yen cheaper per tablet than sheets. Compact bottles containing 30 tablets are reasonably priced, and because each tablet is cheap, they have a good reputation and are rapidly gaining popularity. Both sheets and bottles can be prescribed in genuine unopened boxes.

Product package change notification.
From June 2021, for Towa finasteride 30tabs. in a bottle, the package specification changed as shown below.
New package products are expected to be shipped sequentially, so there may be a period when old and new packages are mixed.
Thank you for your understanding and we trust the new package will continue to meet your needs.

Finasteride Tablets 1mg TCK “Tatsumi Kagaku” has the same ingredients as Propecia 1mg. We can prescribe for 1 to 2 years at a time. Along with Towa Pharmaceutical’s Finasteride, it is most reasonably priced, so you can continue to take it for a long time without worrying about its cost. It will be handed to you in the box unopened.

Information on changing the brand name (listing on drug prices)

Due to the dissolution of the business alliance between Pfizer and Mylan Pharmaceuticals in the field of generic drugs, the drug price will be listed under the new brand name on June 17, 2022. Patients may be prescribed either old or new products at the time of their visit, but please note that there is no change in the content.

The future of generics of Propecia

From 2017 onwards, generic Propecia drugs will be launched by each pharmaceutical company. From now on, there will be more choices such as ease of use with various generic drugs, and the price that I felt is expensive will decrease. There is a possibility that even cheaper finasteride will be released in the future. Propecia is a long-term drug, so it’s good news for users.

*Remarks
The English notation is Finasteride. Although it is sold overseas under drug names such as Proscar, it is not approved as a treatment for the prostate in Japan.