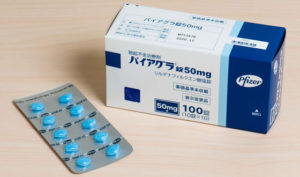 Currently, Viagra is approved and widely used in more than 120 countries worldwide, and 35 million men in the world use. According to Pfizer’s materials, it is estimated that 6 tablets are prescribed per second. Viagra is an ED therapeutic agent called PDE-5 inhibitor, and the mechanism of action is to suppress the function of erection (inhibiting) the function of the enzyme called PDE-5 involved in erectile cavernosome. . Thereafter, the ED therapeutic agent of the same PDE-5 inhibitor as Viagra has increased Levitra and Cialis, but Viagra is still the most popular ED therapeutic agents in the world. I started working in about an hour and the effect is continued for about 4 hours, but it is not an erection because it is a medicine that is easy to respond to stimulation.

Viagra is a drug that can be said to be a life improvement drug but is not a venue enhancer. Viagra is directly acting on penis cavernous body, and sexual desire does not affect energy. Citrate, which is a component of Viagra, is also recognized for pulmonary hypertension, currently as a therapeutic agent.
About Import Viagra-Viagra 100mg is domestic unexampled drug

If you get Viagra with individual imports, it seems that many of them are outgoing from people to people. The problem is that there are many fakes in Viagra of individual imports, and according to the actual condition survey of Japan Pizzer, 80% of individual imports is an analysis result of fake. Fakes are making it easy to distinguish the authenticity with appearance alone. Both fakes are anywhere, and there is a problem in the manufacturing process of ingredients and products, so Japan Pizza also warned that.

Viagra is only approved from 50 mg of tablets, but the imported goods are mainstream of 100 mg of tablets. Please be aware that Viagra with a large tablet 100 mg is like a non-domestic medical institution. This 100 mg tablet is generally used to use, but domestic genuine product 50 mg tablets do not break. Please use safe genuine Viagra prescribed by medical institutions with confidence. Personal imports are carefully not applied because pharmaceutical side effects remedy systems do not apply.